OpenBSD is one of the three main flavors of the BSD operating system (the others being FreeBSD and NetBSD). The BSDs in general have an interesting history. OpenBSD is a lightweight but powerful operating system and its developers pride themselves on out of the box security and adherence to standards and good coding practices (among other things). OpenBSD can and is used as a server operating system, but it can also hold its own as a desktop operating system as well for both developers and general computer users.

I'm going to install OpenBSD on a VirtualBox VM and document it as a sort of "how to". This will hopefully will be of interest to others who wish to use OpenBSD and give me notes to go back to in the future.

I actually don't have any experiance with OpenBSD or BSD's in general. For the most part, I'm sticking to the official documentation, manual, and man pages when I need to look something up.

Nothing special. I'm using my main computer as host.

I selected OpenBSD as the guest Operating System when creating a VM in VirtualBox and then made minor adjustments to end up with:

Everything else was left default.

With the release of 6.4, OpenBSD is incredibly easy to get up and running in VirtualBox. I accepted all the defaults with the exception of having xenodm start X. Xenodm is the name of the X display manager in OpenBSD. Enabling this gave me a nice graphical login screen when OpenBSD starts.

I also set up an additional normal account after setting the root password. I will configure doas (a program similar to sudo which allows running commands as another user) so I don't have to a.) login as root and b.) use su.

That was it. After a few minutes it was finished and prompted for a reboot. I did, making sure that I was booting from the VM's hard drive not the .iso file.

Everything worked and the VM restarted showing the default xenodm login screen with the OpenBSD mascot, Puffy, waiting for login! 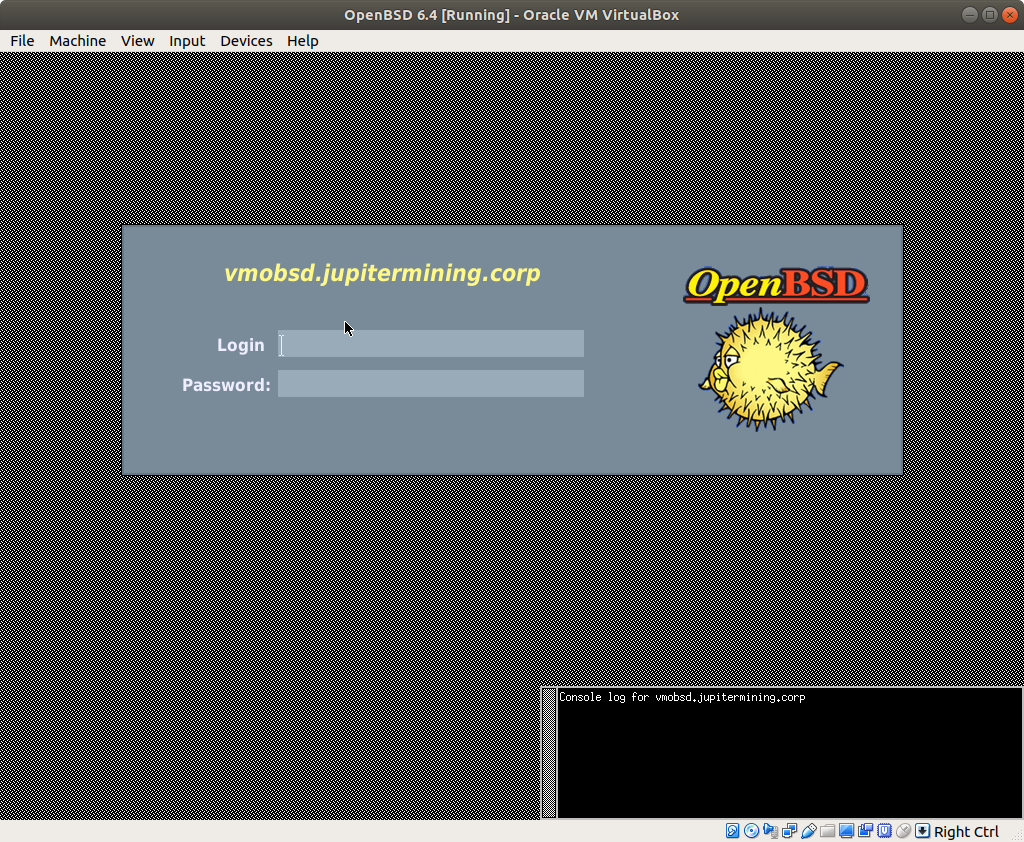 Next Up: First Login!